About that “September 10 mindset”

Since this bullshit line is being trotted out again in an attempt to scare people into who-knows-what, let’s look at what a September 10 mindset really means and relates to.

Bill Clinton’s transition team warned the Bush administration about al Qaeda in 2000: Senior Clinton administration officials called to testify next week before the independent commission investigating the Sept. 11 attacks say they are prepared to detail how they repeatedly warned their Bush administration counterparts in late 2000 that Al Qaeda posed the worst security threat facing the nation — and how the new administration was slow to act.

They said the warnings were delivered in urgent post-election intelligence briefings in December 2000 and January 2001 for Condoleezza Rice, who became Mr. Bush’s national security adviser; Stephen Hadley, now Ms. Rice’s deputy; and Philip D. Zelikow, a member of the Bush transition team, among others.

Four at Four continues with evidence that Rumsfeld planned for the use of torture and the CIA advised the military how to torture, Iqbal v Ashcroft is now before the Supreme Court, and a bonus story about the Mundaneum. Oh, in case you missed this over at Daily Kos, Kagro X writes:

There will be no accounting for this “administration.” Not now, not in the 111th Congress, and not under President Obama.

What Ever Became of Democracy?

In looking back at the Bush debacle, one thing stands out.  It would never have happened, at least not so blatantly and egregiously, had there been a healthy opposition party in America.  Up until 2000 there was at least the illusion of the Democrats as a party in opposition to the Republicans, however ineffective.  And the Republicans, though always venal, have never been so nakedly predatory, never so in-your-face ‘I’m going to take your shit and you’re going to like it’, never so openly disdainful of the Constitution and the law.  Somewhere along the line, the notion of the Democrats as the voice of sanity counter-balancing Republican lunacy has become just so much political vaporware.  What happened?

How Much Change Can America Take?

Over the last eight years America has experienced a revolutionary change. To overstate it only slightly, a change from relatively free and democratic society to a proto-fascist state. A state where the government can search your home without telling you, can seize your medical and financial records at will, spy on every communication you have without a warrant…etc. etc. etc. All of the changes under the new “reality” after 9/11. Americas by and large have accepted these incredibly harmful changes without much fuss, relatively speaking. Of course, no one  really told them what was happening behind their backs. 9/11 plunged them into shock, the Bushco Homeland Security State was established while they were still in shock and The Bush Propaganda of Fear Machine took over from there. Passive “patriotic” acceptance of whatever “our government” wanted to do was the order of the day….no matter how heinous. Change was forced upon them and (other than the “looney left”) they complied and adjusted and accepted it.

Will they now be able to accept well publicized, positive change, the kind of change that Obama is promising with equal equanimity? Especially with the fearmongers whispering in their ears?

The Dream of the Proud

The Dream of the Proud has inflicted misery and suffering on the poor and the powerless from Nicaragua to Najaf, but most Americans still haven’t awakened from that depraved Dream.  John McCain sure as hell hasn’t, neither have most Republicans.

The Dream of the Proud is deadlier and more dangerous than ever, it’s been incorporated and privatized, marketed and militarized, it pervades American society and culture, it’s the foundation of foreign and domestic policy in Washington, so we’re trapped in it.  The Dream of the Proud has yet to end, it may never end, it’s manifested in NAFTA, in CAFTA, in SOFA.  It’s pervasive in the programming of NBC, CBS, and ABC, it’s the soma of the corporate oligarchy’s Brave New World, Americans cannot escape from it, our politics is immersed in it, our politicians live and breathe it.

Meet the Governor of the 51st State, my Nephew Nick Messenger

Lots of good news from Ohio lately.  Several polls now show Obama in the lead.  I think this is largely attributable to the “Youth Vote”.  Obama has gotten those pesky kids interested in politics and I’m very proud to say that my nephew (actually grand-nephew) is one.

Every year since 1936, 1,400 Ohio High School Seniors travel to Bowling Green State University in Bowling Green, Ohio to participate in Buckeye Boys State, a nine-day hands-on experience in the operation of the democratic form of government, the organization of political parties, and the relationship of one to the other in shaping Ohio government.

For the first time ever, Bowling Green can officially claim one of its own as Governor of Buckeye Boys State.

Nicholas Messenger, a rising senior at Bowling Green High School and a representative of the Federalist party for BBS, is set to be inaugurated at this evening’s ceremony at Anderson Arena. 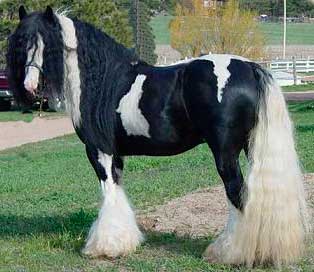 Look I’m so F**KING PISSED OFF AGAIN, I really can’t wrap my mind around the words to describe this BULLS**T!!

I may, or may not, add more, or just let comments take charge.

Warning: Run on sentence ahead

Do you know how much courage it takes to join the military after the events of September 11, 2001 have affected you and your patriotic feelings to HELP any way you can the country you love, then ship out to Iraq, work your way to the rank of Sergeant, find out that both yourself and your comrades in arms come to learn that this war you are fighting with your life on the line to be nothing more than contrived BullShit, then come home (thankfully not in a coffin that Americans can’t see on TV) and then be told you have to go back?

I sure as hell don’t!  I have absolutely NO Friggin’ Idea what that would be like.

666 The Number of The Beast

668 The Neighbor of The Beast

Police out as torch hits Xinjiang

Simon Mann, coup plotter, gets his day in court

BEIJING – Not long ago, Chinese officials sat across conference tables from American officials and got an earful.

The Americans scolded the Chinese on mismanaging their economy, from state subsidies to foreign investment regulations to the valuation of their currency. Your economic system, the Americans strongly implied, should look a lot more like ours.

But in recent weeks, the fingers have been wagging in the other direction. Senior Chinese officials are publicly and loudly rebuking the Americans on their handling of the economy and defending their own more assertive style of regulation.

A Senate investigation has concluded that top Pentagon officials began assembling lists of harsh interrogation techniques in the summer of 2002 for use on detainees at Guantanamo Bay and that those officials later cited memos from field commanders to suggest that the proposals originated far down the chain of command, according to congressional sources briefed on the findings.

The sources said that memos and other evidence obtained during the inquiry show that officials in the office of then-Defense Secretary Donald H. Rumsfeld started to research the use of waterboarding, stress positions, sensory deprivation and other practices in July 2002, months before memos from commanders at the detention facility in Cuba requested permission to use those measures on suspected terrorists.

Third of five parts GARDEZ, Afghanistan – Mohammed Naim Farouq was a thug in the lawless Zormat district of eastern Afghanistan. He ran a kidnapping.

GARDEZ, Afghanistan – Mohammed Naim Farouq was a thug in the lawless Zormat district of eastern Afghanistan. He ran a kidnapping and extortion racket, and he controlled his turf with a band of gunmen who rode around in trucks with AK-47 rifles.

U.S. troops detained him in 2002, although he had no clear ties to the Taliban or al-Qaida. By the time Farouq was released from Guantánamo Bay, Cuba, the next year, however – after more than 12 months of what he described as abuse and humiliation at the hands of U.S. soldiers – he’d made connections to high-level militants.

State of the Onion IX

Ultimately, being invisible doesn’t help anybody, especially not yourself.  Visibility comes back when one develops one’s voice.  If you speak up, people stare.  While they stare, it helps to have something to say.

If people are going to give you a podium, you should put it to use.

Please join us on the inside to celebrate, venerate, regenerate and/or motivate our muses.  Currently mine is a little constipated when I would prefer it be syncopated.

A Senate investigation has concluded that top Pentagon officials began assembling lists of harsh interrogation techniques in the summer of 2002 for use on detainees at Guantanamo Bay and that those officials later cited memos from field commanders to suggest that the proposals originated far down the chain of command, according to congressional sources briefed on the findings.