Yes We Can Unpardon War Criminals

On his third day in office President Grant revoked two pardons that had been granted by President Andrew Johnson. President Nixon also undid a pardon that had been granted by President Lyndon Johnson. There may be other examples of this, as these two have somewhat accidentally come up in a discussion focused on numerous examples of presidents undoing pardons that they had themselves granted, something the current president did last week. (See http://pardonpower.com ). In 2001, President George W. Bush’s lawyers advised him that he could undo a pardon that President Clinton had granted.

Much of the discussion of this history of revoking pardons deals with the question of whether a pardon can still be revoked after actually reaching the hands of the pardonee, or after various other obscure lines are crossed in the process of issuing and enforcing of the pardon. If President Bush issues blanket pardons to dozens of criminals in his administration for crimes that he himself authorized, he will probably — with the exception of Libby — not even name them, much less initiate any processes through which they are each formally notified of the pardons. He will be pardoning people of crimes they have not yet been charged with, so the question of timing is something you are unlikely to have to worry about (except perhaps with Libby).

Virtually none of the discussion of these matters ever addresses the appropriateness or legitimacy of the pardons involved or of the revoking of them. The history would appear to establish that you will have the power to revoke Bush’s pardons. I want to stress that you will also have a moral responsibility to do so and a legal requirement to do so. Morally and legally, you have no choice in this matter. When you take the oath of office, you will be promising to faithfully execute the laws of the land. Through Article VI of our Constitution, the Geneva Conventions and the Convention against Torture and Other Cruel, Inhuman or Degrading Treatment or Punishment are the supreme laws of this land. Those laws bind you to prosecute violations, including torture and other war crimes of which Bush, Cheney, and their subordinates are guilty and which Bush is likely to try to pardon.

Over the next few days, we are sure to be bombarded with lists and summaries that try to capture our experience of the year that is known as 2008. To get ahead of the game a bit, I thought I’d post a couple I’ve seen for fun and consideration.

First of all, there is the JibJab version.

Compassion is a bitch!

But first, a personal note, as this is, as they would say at dkos, not a diary, just from the amount of commas alone, let alone the fact that it is just a series of thought as I am currently…..

….of the last month or so of back pain and disorientation (no, I did not have my epicanthic folds removed as, comma, I do not have any) resulting from it.

So yeah, though I would probably blast someone else for saying it, lol, Dick and George’s decision to torture makes them victims. Victims of a mindset. Victims of a paradigm. Victims of a form of madness that mankind is allegedly attempting to rise above.

Victims of fear. Now don’t get me wrong, I am certainly not saying that their being victims of the paranoid, perhaps justifiably to some extent, what with all those missiles and the very real threat of planetary destruction, that was the reality of the Cold War mindset of their culture and generation excuses them! Not to mention good old Machismo. But it is essential in a larger sense of trying to understand and by understanding prevent, why mankind tortures and kills each other. And we must understand it before we can…..stop it. Someday.

But first! A commercial! And a duh!You might have heard (haha) that we are involved in a little thing called The Citizens Petition: Special Prosecutor for Bush War Crimes now at 8441 signers…Have YOU signed it???

Onto the duh. Duh, we have not done anything re the petition at Change.gov! I, personally am nearly completely ignorant as to the site. Does anyone here know there way around the site, or how we can best utilize it?

More rambling below the fold, if I can keep it between the lines!

Beneath A Brave Solider’s Suicide

Military Struggles With Response To PTSD

Sometimes It Makes You Wonder

What Bush Is Thinking

Tricky times for EU as Sarkozy hands presidency to Czechs

From crisis to crisis: Zardari’s Pakistan

SALTILLO, Mexico — They ordered the goat. That’s what the kitchen is famous for at the upscale La Principal restaurant in Saltillo, a prosperous manufacturing city in the high desert of northern Mexico. And so it was only natural that Felix Batista, an American expert in corporate security, and his new friends decided to get it. But Batista never finished his meal.

Instead, after a series of quick cellphone calls and whispered conversations, Batista excused himself from the table. On his way out, he gave the well-heeled businessmen he was meeting with his laptop, shoulder bag and a contact.

“If I’m not back,” he told his companions, according to one of them, “call these numbers.”

Official Says Stimulus Is ‘Essential to the Salvation of America’

COLUMBUS, Ohio — As the economy sputters and tax revenue plummets, governors and mayors across the United States are lining up to ask President-elect Barack Obama and the new Congress for hundreds of billions of dollars to plug holes in their budgets, arguing that services will suffer and joblessness will rise if Washington does not come to the rescue.

In Ohio, which has shed 100,000 jobs in the past year, Gov.  Ted Strickland (D) and his budget team spend a lot of time delivering bad news to constituents and plotting ways to wring money from the federal government.

The presidential pardon Isaac Toussie came close to receiving would have cleared the way for the man who orchestrated a housing scam in Suffolk to legally re-enter the real estate industry in New York State.

Toussie pleaded guilty in 2001 to using false documents to have mortgages insured by the Department of Housing and Urban Development. In 2002, he pleaded guilty to mail fraud, admitting that he persuaded officials in Suffolk to overpay for land. He was sentenced in 2003 to 5 months in prison and 5 months of home detention for both cases.

Like any felon, Toussie, 37, can’t legally vote or serve on juries. State law also bars him from holding a long list of state-issued licenses, including those for private investigators, public notaries, and those issued to brokers and sellers of real estate.

The pardon that President George W. Bush awarded on Dec. 23 – and rescinded on Christmas Eve – would have allowed Toussie to ask New York’s Department of State to give back his real estate license.

The Weapon of Young Gods #40: This Won’t Hurt a Bit

Some lucky souls get to remember their dreams, but I’ve never been one of those people. Never recalled any profound truths from random subconscious netherworlds. Never thought that much mattered, though, cause I’ve definitely dealt with some weird hallucinatory shit-usually caused by either controlled substances or some deliriously painful physical injury.

So yeah, an absolutely skewed frame of reference is attempting to run in response to what’s up right now, cause it sure as hell isn’t a dream when I get yanked into lucidity by two pairs of dirty hands. It’s pretty fucking real when I’m wrenched out of the Civic and dumped onto a cracked and ugly part of the Earth’s face that looks an awful lot like an Irvine office park. My flickering field of vision stretches and shrinks with impunity, but everything hurts too much to be a dream.

Are you the strong and silent type, seldom opening your mouth to speak but commanding attention when you do? Then you just might have been born in the Year of the Ox. Your stablemates share this easygoing attitude, but just like you, they can be stubborn and ill-tempered on those rare occasions. Notable Oxen include rocker Bruce Springsteen (1949), hope-monger Barack Obama (1961), actress-turned-musician Juliette Lewis (1973) and the human fish Michael Phelps (1985). In the spirit of the New Year, you might want to take up a Japanese hobby (see p. 14) and join this celebrated herd. But even if you don’t, we at Metropolis still wish you all the best in 2009.

The REAL Problem With Prager’s Remarks On Sex and Marriage

After following some of the comments in the threads of bonddad’s diary, “Dennis Prager Endorses Marital Rape” (link: http://www.dailykos.com/story/… and Yosef 52’s response, “No, Prager is NOT Advocating Marital Rape” (link: http://www.dailykos.com/storyo… , with respect to both diarists I think they’re missing the point. The crux of the problem with Prager’s arguments in his – ahem – piece, “When A Woman Isn’t In The Mood, Part 1” is where his make this gem of an argument:

Compared to most women’s sexual nature, men’s sexual nature is far closer to that of animals. So what? That is the way he is made. Blame God and nature. Telling your husband to control it is a fine idea. But he already does. Every man who is sexually faithful to his wife already engages in daily heroic self-control. He has married knowing he will have to deny his sexual nature’s desire for variety for the rest of his life.

The paths I`ve taken in my life were mostly without specific destinations & many times specifically without destination.

The following images depict frequent stops leading to a change of course to the next unknown.

What a long strange trip it is. Be humble for you are made of earth.

Be noble for you are made of stars. 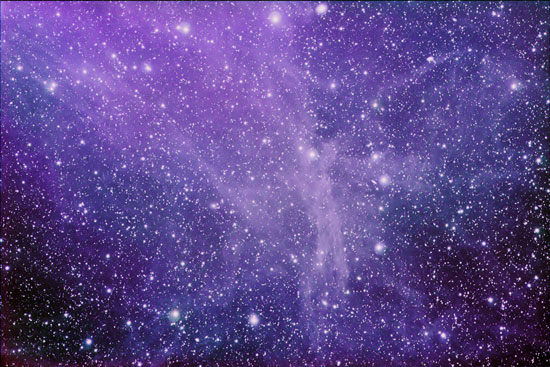 ‘Tis not too late to seek a newer world…

To sail beyond the sunset, and the baths

Of all the western stars, until I die.

To confine our attention to terrestrial matters would be to limit the human spirit.

The Best of Hubble

We have lingered long enough on the shores of the cosmic ocean. We are ready at last to set sail for the stars.

Friday Night at 8: The Power of One

Give Bush and Cheney a fair trial — something they have not bothered with since they stole office.

It’s funny how the powers that be in the media and government are running around with their big fat excuses as to why we can’t hold these criminals accountable for their crimes.  It all boils down to “It’s too hard!!!”

It’s too hard.  It would affect too many people.  It would interfere with the crucial work of restoring our economy.  Blah blah blah.  Not one of these folks say, however, that no crime has been committed, no law has been broken.  No one says that.

I find that stunning.  We all know, at least those of us who have been paying attention, that Bush and his crew of crooks have broken the law over and over again.

And we should believe Cheney … why?