The US press hasn’t bothered with this, though The Vancouver Sun has given it two mentions, one this morning.

First let me explain a little Mexican remedial land usage for Ocean Front Properties… basically, they understandably don’t want foreign investors taking it all over, so it is nearly impossible to “own” coastal regions outright.

But there are ways: 30 year leases, or banks that hold title in trust for you.

The second issue with this particular piece of property is that it was an “ejido” – basically a communally held piece of property wrenched from the hands of exploitative rich ranchero owners who tried to keep the peasants from owning or using land.

Now this particular piece of property has been in question since 1991, when a developer purchased it from the widow of a former Jalisco state governor. There have been two previous mass evacuations before this one.

Portends started last summer when someone blocked the road, with no explanation, from the nearby village to the beach area.

Mass evacuation basically has happened again – Americans, Canadians, and European people who bought properties in good faith (deeds approved no less by the office of the President under Fox) have been run off their properties, along with the Mexican community that lived there, and flourished under the needs of the International Community. They not only appropriated the property; but have stolen the possessions on that property. They are tearing down homes and businesses.

I feel horrible for those people.

What began as a routine report before the Senate Finance Committee Tuesday ended with Bernanke passionately disavowing the entire concept of currency, and negating in an instant the very foundation of the world’s largest economy.

“Though raising interest rates is unlikely at the moment, the Fed will of course act appropriately if we…if we…” said Bernanke, who then paused for a moment, looked down at his prepared statement, and shook his head in utter disbelief. “You know what? It doesn’t matter. None of this-this so-called ‘money’-really matters at all.”

“It’s just an illusion,” a wide-eyed Bernanke added as he removed bills from his wallet and slowly spread them out before him. “Just look at it: Meaningless pieces of paper with numbers printed on them. Worthless.”

According to witnesses, Finance Committee members sat in thunderstruck silence for several moments until Sen. Orrin Hatch (R-UT) finally shouted out, “Oh my God, he’s right. It’s all a mirage. All of it-the money, our whole economy-it’s all a lie!”

Recent US Casualties in Iraq and Afghanistan

Recent American casualties in Iraq and Afghanistan, as listed at the Washington Post.

From the Lansing State Journal…

“He was supposed to come home in the end of July,” said his mother, Roxanne Rappuhn, 53, of Grand Ledge. “But they tacked 45 more days on.”

“If he were here right now, he’d be telling me to suck it up,” she said.

Hinkley, who had been in her high school’s marching band, surprised her family after the first year of college at the University of Colorado at Colorado Springs when she announced she had enlisted in the Army.

“She really couldn’t tell us what she did,” Orene Hinkley said. “She didn’t want us to worry about her.

One of Kevin’s favorite times was the bicycle trip he took in 2006, when he rode his bike from East Glacier, Mont. to Ashtabula, a distance of 1,975 miles.

From the Murfreesboro (Tennessee) Daily News-Journal…

Gammone’s father, Vincent Gammone, II, suffers from multiple sclerosis, a disease that affects the ability of nerve cells in the brain and spinal cord to communicate with one another. West said when the older Gammone learned of his son’s death he “didn’t believe it was his son” at first. “Yesterday (Monday) it finally hit him.”

Hurricane Katrina after five years: a symbolic funeral but anger lives on

Many migrant workers in UK are modern-day slaves, say investigators

The workers united: The strike that shook the Kremlin

Israeli actors refuse to take the stage in settlement theatre

In Egypt, more people call for civil instead of religious marriage

Chile miners speak to loved ones for first time

Sunday Train: Can Trains Help Win the Day in Australia?

It seems as if many people have been paying more attention to the Beckapalooza in DC … and the whole furor had me initially confused, as originally I thought it was something to do with Beck the Mongolian Chop Squad …

But last weekend, there was an election in Australia, and on the night it seemed like it could be the closest in Australian history. As the week went on, that proved to be the case. And I got to thinking, listening to the various independents that hold the balance of power, that there could well be an unlikely working partnership available, where trains could help delivered a progressive governing majority on the most improbable of foundations.

NB: the grassfire in a dry lake bed shot that I use on occasion is in fact from Australia, suffering what has been characterized as a long running drought, but what seems more likely to be a secular shift to a dryer climate.

Pique the Geek 20100829: Automobiles, Part III. How to Keep Everything Going at Once

We have talked about how engines work in the past couple of installments of this series, and now need to bring together some important engineering factors.  We have talked about intake strokes, compression strokes, and others, but only very superficially touched on how everything comes together.

For an engine to work properly, everything has to be coordinated.  For simplicity, we will consider a conventional four stroke, gasoline powered automobile engine.  Diesel engines are in some aspects simpler, and will be covered concomitantly.

Remember, an engine has to do all of the things about which we have discussed, completely synchronized, and EVERY time.  For an engine rotating at, say, 4000 times per minute, this can be a daunting task.

The Revenge of Main Street

Wall Street has a problem.

You see Wall Street functions much like Las Vegas. Their immense wealth depends on the continuing myth that their games aren’t rigged, and the willful denial of reality by the suckers.

Just like Vegas, no one wants to talk about the money they lost playing the stock market. Instead, all you here about is how everyone is getting rich at the blackjack table. If you aren’t getting obscenely wealthy betting on interest rate spreads then there must be something wrong with you.

In reality, the reason why you lost money is because the game is rigged. The House always wins in the end. The suckers are the ones who think there are rules. Like Wall Street, Vegas exists to separate you from your money.

Wall Street may seem all powerful, but like Vegas it has an Achilles Heel – if the people don’t feed the beast it will starve.

If the greed of The House gets to extreme, and the rigging of the games becomes too obvious to ignore, people will stop gambling at the casinos and in the stock market. The House goes broke.

That tipping point, where the willful denial of Main Street starts to break down because the game rigging is so blatant, may have finally been reached.

Frozen in the Headlights 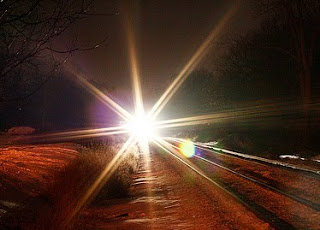 Are We Finally Ready for an Honest Discussion on Race?

I appreciate the opportunity now laid before the American people to have a long overdue discussion on race.  Prior opportunities like these have come and gone but, pardon my skepticism, I still don’t think many of us are willing to commit to it.  Doing so would explode a variety of myths, particularly ones held by those who enjoy patting themselves on the back for a job well done.  Jobs this complex cannot be undone by one movement alone.

In August 2008 Paul Jay spoke  with Naomi Klein about Obama’s campaign and promises. Two years down the road we can look back and compare what he said with what he’s done.

Obama’s foreign policy positions have become indistinguishable from those of McCain. His campaign was virtually built around absorbing, co-opting and quieting the anti-war/anti-fascist/anti-imperialist movements.

How far do you go before winning becomes losing, and becomes just a shiny new paintjob hawked by a very good salesman?