A Special Feature for you night owl car racing aficionados at about 2:30 AM, Live Blog from Shanghai the Formula 1 Grand Prix of China with ek hornbeck

and this featured article-

Join us every Sunday at 8 AM for Punting the Pundits: Sunday Preview Edition by TheMomCat

at 4 PM, an opportunity to join in ranting with Rant of the Week by TheMomCat

and at 9 PM for Translator‘s Pique the Geek

Bradley Manning, Before and After Quantico

Look at the picture, Democrats!

This is what you should see when you hear the words…

I love sweet potatoes and not just at Thanksgiving. I like them baked, boiled and mashed and dipped in tempura batter and fried. They are great in breads and baked desserts. They are very nutritional, an excellent source of vitamin A and a good source of potassium and vitamin C, B6, riboflavin, copper, pantothetic acid and folic acid. Sweet potatoes are native to Central America, grown in the Southern US states since the 16th century and are in the same family of plants as Morning Glories. The plant is a trailing vine with a large tuberous root.

Sweet Potatoes are often confused with yams which are native to Africa and relate to lilies and grasses. Even though they are both flowering plants, botanically they are different.

The U.S. Department of Agriculture requires labels with the term ‘yam’ to be accompanied by the term ‘sweet potato.’ Unless you specifically search for yams, which are usually found in an international market, you are probably eating sweet potatoes!

A couple of Thanksgivings ago, my daughter decided to ditch the “traditional” candied version topped with marshmallow that would put a normal person into a diabetic coma and went “surfing” for something different. The recipe she found now makes it to our table more often than once a year. It is still sweet but not overwhelming. It’s great served as a side with pork or ham, as well as turkey. Nummy as a midnight snack with a little whipped cream, too.

DO AHEAD: Can be prepared 1 day ahead. Cover and chill. Rewarm in microwave. Sprinkle nuts over and serve. 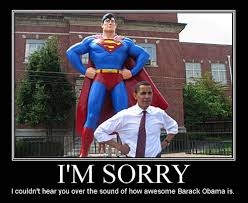 WASHINGTON-After two years of false starts and protracted legal wrangling, President Barack Obama signed an executive order Tuesday authorizing the transfer of all 172 Guantánamo detainees to the next chief executive of the United States of America.

“The president’s bold decision to move these enemy combatants to the subsequent administration should finally quiet critics who have accused him of inaction and impotence concerning this issue,” White House press secretary Jay Carney said after noting that Obama had-in favor of the more politically pragmatic alternative-passed on several opportunities to relocate the inmates to correctional facilities in the continental United States as a first step toward affording the prisoners due process of law.

“This will not be an easy process by any means, but all of the detainees should be transferred by 2012, or 2016 at the very latest.”

With the Guantánamo issue finally resolved, President Obama has reportedly already begun efforts to address another of his 2008 campaign promises by calling for the removal of the Bush-era tax cuts from the current political dialogue.

Your bloguero’s muse seems to have gone on vacation.  Or at the very least has decided not to take his calls.  He dials, asking for inspiration, and what does he get?  He gets to leave his message after the beep.

His muse, however, isn’t the only one who has ostensibly cut your bloguero off.  That would be too simple.  No.  There are also 537 politicians in Washington who are unwilling to address your bloguero’s concerns.  More important, they also categorically refuse to demonstrate that they have souls.  Evidently proof of the capacity for compassion is far less important in the Nation’s Capital than spurious questions about documents showing live birth.  And what one does to the least of my brethren, the poor, the elderly, the sick, is apparently far less important than cozying up to plutocrats.  There’s nothing new about this.  Not really.  But your bloguero senses that among those who wish to speak truth to Power, exhaustion stalks their every step, and frustration, their every thought.  To no one’s surprise, the politicians curry favor with those fat cats who pay for their almost eternal tenure, not with those pajama wearing DFHs like your bloguero who chide them, heckle their bloviation, and insist on pointing out their stupidity.   They will show us: just you wait.

The Dream Machine is something your bloguero picked up at the Market of Dreams.  You can find in it the influence of Eduardo Galeano, whose trilogy, your bloguero has completed.  “Memory of Fire” is essential reading.  Your bloguero wonders why so few people have heard of Galeano and why so few in the US have read him.

Your bloguero’s muse delivered two very nice Haiku before leaving for Ibiza or Tulum or wherever muses frolic when they’re not working.

A Plague of Forgetting is a history lesson.  It begins with bananas and will change the way you your supermarket’s banana selection.

Your bloguero notes that this Digest is a weekly feature of the Port Writers Alliance and is now posted Saturday morning.   Your bloguero will see you next week, if his muse shows up for work.

Abdullah, a doctor in Misrata, told the BBC he had seen evidence of the use of cluster bombs

Human Rights Watch said one of its photographers had seen three mortar-launched projectiles explode over a residential area of Misrata.

Government troops have intensified their siege of Misrata, the only west Libyan city still in rebel hands.

The BBC’s Orla Guerin reports from inside the battle-scarred city that local residents fear a massacre without greater action by Nato air forces to break the siege.

US House of Representatives votes to abolish Medicare

Don’t trust Obama (or the Dems, for that matter) for a second on this.  Period.  He may not support Medicare’s destruction until after the election, but he’ll support it under some guise should we make the mistake of re-electing him.  The ‘progressive’ wing (well…the ‘bots) are thrilled that this has passed the House because they think that it ensures Obama’s re-election, but having it pass is to get the public ready for when it really does get cut.

AND NOW FOR SOME GOOD NEWS

A jobless man from Shinjuku was arrested for breaking into the Daini Nuclear power plant in Fukushima and driving around “for about ten minutes.”

Yasushi Nishiwaki, the biophysicist who examined crewmembers of a Japanese fishing boat who were exposed to radiation during a US hydrogen bomb test in the Bikini Atoll in 1954, died of pneumoniain Osaka at age 94.

Japan’s unemployment rate of 4.6 percent is the lowest it’s been in two years.

At the same time, retail sales rose 0.1 percent from a year earlier, which was a lot better than the 0.5 percent drop that many economists had predicted.

Wind turbine suffers catastrophic failure; no one is irradiated

Contrary to a number of recent essays in this series, this week’s featured group does not boast any Top 40 songs, but for more than four decades has been one of the most influential rock groups in the United States. Although the group has reinvented itself time and again, they have maintained an eclectic blend of rock ‘n’ roll, blues, country, folk, R&B, funk and jazz fusion genres. The group was co-founded by singer-songwriter, lead vocalist and guitarist Lowell George (a former member of Frank Zappa’s Mothers of Invention) and keyboardist Bill Payne in 1969 in Los Angeles.