Not voting as a positive action 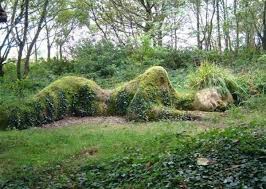 CA TreeHugger writes this morning at dKos that “Bolivia is set to pass the world’s first laws granting all nature equal rights to humans. The Law of Mother Earth, now agreed by politicians and grassroots social groups, redefines the country’s rich mineral deposits as “blessings” and is expected to lead to radical new conservation and social measures to reduce pollution and control industry.”

According to an article at guardian.co.uk, the law will establish 11 new rights for nature. They include: the right to life and to exist; the right to continue vital cycles and processes free from human alteration; the right to pure water and clean air; the right to balance; the right not to be polluted; and the right to not have cellular structure modified or genetically altered.

The law will enshrine the right of nature “to not be affected by mega-infrastructure and development projects that affect the balance of ecosystems and the local inhabitant communities”.

The Guardian’s article also notes that:

“It makes world history. Earth is the mother of all”, said Vice-President Alvaro García Linera. “It establishes a new relationship between man and nature, the harmony of which must be preserved as a guarantee of its regeneration.”

The law, which is part of a complete restructuring of the Bolivian legal system following a change of constitution in 2009, has been heavily influenced by a resurgent indigenous Andean spiritual world view which places the environment and the earth deity known as the Pachamama at the centre of all life. Humans are considered equal to all other entities.

Evo Morales, Latin America’s first indigenous president, has become an outspoken critic in the UN of industrialised countries which are not prepared to hold temperatures to a 1C rise.