The Breakfast Club (Run Down)

The First Night of Hanukkah

Winter Solstice: Return of the Sun 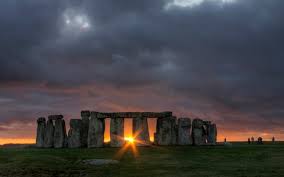 The shortest day, the longest night, for those of us who reside in the Northern climes Winter Solstice is here. Last night at 11:19 PM ET the sun reached is most Southern destiny and touched for but a moment, the Tropic of Capricorn and immediately reverses her course. It is the astronomical event that marks the beginning of lengthening days and shortening nights. You won’t notice the difference in the longer days of light until about the beginning of February. It was also the last Winter Solstice of the decade.

The Winter Solstice, also know as Mid-Winter, is a special night for those who practice the craft and has a rich history from many cultures. In old Europe, it was known as Yule, from the Norse, Jul, meaning wheel. It is one of the eight holidays, or Sabbats, that are held sacred by Wiccans and Pagans around the world. In Celtic traditions it is the battle between the young Oak King and the Holly King:

the Oak King and the Holly King are seen as dual aspects of the Horned God. Each of these twin aspects rules for half the year, battles for the favor of the Goddess, and then retires to nurse his wounds for the next six months, until it is time for him to reign once more.

Often, these two entities are portrayed in familiar ways – the Holly King frequently appears as a woodsy version of Santa Claus. He dresses in red, wears a sprig of holly in his tangled hair, and is sometimes depicted driving a team of eight stags. The Oak King is portrayed as a fertility god, and occasionally appears as the Green Man or other lord of the forest.

The re-enactment of the battle is popular in some Wiccan rituals.

As we prepare for the longest night, we decorate our homes with red, green and white, holly, ivy, evergreen and pine cones. We honor the solar year with light. We place candles in the windows facing the North, South, East and West to ward off the darkness and celebrate the return of the sun/ With the setting sun, fires are lit in hearths and fire pits and kept burning to keep us warm until Sol returns at dawn.

There is food a plenty, roasts and stews and winter vegetables and sweets, chocolate and peppermint candy, apples and oranges and sweet breads. All these reminding us of the last harvest, the gifts of Gaia, Mother Earth and the hunts by Hern of the Wild Hunt. Of course there will be honeyed and spiced wine and hearty, dark beers, some made by friends who will join the festivities.

What ever your beliefs, or none, may the traditions and celebrations bring you peace and joy. Blessed Be. The Wheel Turns.