Cutting the EPA Budget Runs the Risk of Health Issues 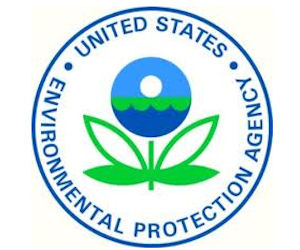 Budget proposals, spending, and cutting costs have always been a major issue on Capitol Hill. Recent techniques by the GOP have been guided at reducing the resources of the Environmental Protection Agency (EPA). This includes budget cuts of over a third of the 2010 proposal. Unfortunately, lowering the resources and budgets of the EPA could be particularly harmful for the people of the country. With the likelihood of more pollution and greater health risks of problems like respiratory issues, mesothelioma, and asthma, the cuts could have awful consequences. With a full plate of resources the EPA is able to work every year in not only cutting down on pollution and smog, but also in improving a number of other environmental concerns.

One of the EPA’s major initiatives is the goal to keep public water safe and free of contamination. With the help of the Safe Water Drinking Act, the EPA works to set regulations and standards involving public water sources and supply. Through this act the EPA is able to overlook a number of local government representatives and water suppliers to make sure that people are provided the best water possible, free of contamination. Every year, through work with the SWDA, the EPA is able to cut down on contamination-related health risks such as Parkinson’s and Hodgkin’s disease

Every year the EPA also works all over the country to have the dangerous material known as asbestos to be removed from schools, mining areas, and buildings. This was a fiber used throughout the last century but now correlated with diseases such as mesothelioma and asbestosis. When it was shown that mesothelioma life expectancy was extremely severe, use of this material was halted quickly. Yet, there is still some older buildings all around the country that still contain this material in their insulation. The EPA works as one of the main resources in the asbestos abatement process all over the United States. Just recently, the EPA ordered a major cleanup in Philadelphia. With lower resources, the EPA may not be able to carry out initiatives such as asbestos removal to their fullest capacity.

The Air Quality Modeling Group is a division of the EPA that works extremely hard every year to improve the overall air quality of the nation. This division works directly over top of local environmental agencies and helps to provide them with endless resources in the fight to keep air quality at a high level. Air quality stands to have the most significant effect in the wake of these proposed budget cuts and proposals, as greenhouse gas emissions could be increasing in the near future. Abused emissions and a jump in toxins could signal health problems such as respiratory issues such as asthma for many people.

Certainly the EPA has a number of goals and initiatives that not only look to improve our country’s environment, but also work extremely hard in cutting down on environmentally related health problems. In the end, a budget cut and resource reduction may not have a direct result on the health of the country, but given the scope of items the EPA works to improve every year, it’s certainly a possibility.