Historical revisionists of American Indian history portray indigenous people being as violent as white Europeans were before they arrived on this continent and after settlement. Consequently, HBO’s “Bury My Heart at Wounded Knee” was no exception in the scene with Sitting Bull and Col Nelson Miles on the Buffalo Robe, as Miles justified the genocide he was committing as “You were as violent as we are, we’re doing the same thing to you that you did to them (paraphrasing).”

The Spider and the Ducks 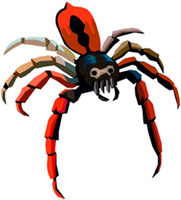 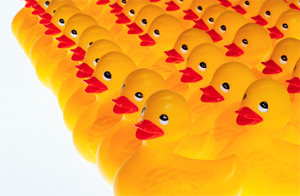 This is an old Lakota myth as told by John Lame Deer in Lame Deer Seeker of Visions.1

Iktome was an evil spiderman, a smart-ass who liked to play tricks on everyone.  One day he was walking by a lake and he saw some ducks swimming around.  He suddenly grew hungry for roast duck.  So he stuffed his bag with a bunch of grass and then walked over to the shore.  The ducks saw him and cried out, “Where are you going, Iktome?”

“What’s in your bag Iktome?”

“It’s full of songs which I am taking  to the powwow.  Good songs that you can dance to.”

The ducks begged him to sing the songs for them.  The tricky spider made a big show of not wanting to do it.  He said he didn’t have time for it.  Finally, he pretended to give in because they were such nice ducks.   “OK, I’ll sing for you, but you have to help me.”

“O yay!  We’ll do whatever you want. Just tell us the rules.”

“Well, first you must form three rows.   In the front row I want all the fat ones.  In the middle row go all those who are neither fat nor thin.  The scrawny ones go in the back row.  Now you have to act out the song.  Do whatever the words tell you.  Here goes the first song…   ‘Close your eyes and dance.'”

The ducks in their rows shut their eyes and started flapping their wings.  Iktome took a big club from underneath his coat.  “Sing along as loud as you can and keep your eyes shut.  Whoever peeks will get blind.”   He ordered them to sing so that their voices would drown out the “thump thump” of his club as he hit them over the head.  One by one he went down the front row bashing the ducks.   He was in the middle of the next row by the time one of the skinny ducks in the back row opened his eyes and saw what Iktome was up to.

The ducks that were left opened their eyes and ran away.  Iktome didn’t care.  He already had more duck than he could eat.

Historical revisionists of American Indian history portray indigenous people being as violent as white Europeans were before they arrived on this continent and after settlement. Consequently, HBO’s “Bury My Heart at Wounded Knee” was no exception in the scene with Sitting Bull and Col Nelson Miles on the Buffalo Robe, as Miles justified the genocide he was committing as “You were as violent as we are, we’re doing the same thing to you that you did to them (paraphrasing).”

About that Lakota secession…

Google the words “Lakota” and “secede,” and watch the fun. It’s an exercise in hysteria.

The story was first reported yesterday morning. The best version I’ve seen is an Agence France-Presse report, on the News Australia website.

THE Lakota Indians, who gave the world legendary warriors Sitting Bull and Crazy Horse, have withdrawn from treaties with the US.

“We are no longer citizens of the United States of America and all those who live in the five-state area that encompasses our country are free to join us,” long-time Indian rights activist Russell Means said.

A delegation of Lakota leaders delivered a message to the State Department and said they were unilaterally withdrawing from treaties they signed with the Federal Government, some of them more than 150 years old.

The group also visited the Bolivian, Chilean, South African and Venezuelan embassies, and said they would continue on their diplomatic mission and take it overseas.

The article mentions visits to foreign embassies, declarations that old treaties with the U.S. are invalid, and the intention to issue passports and drivers’ licenses, and to live tax-free. It sounds radical and exciting, and the perfect response to the Bush Administration’s having made the United States an international pariah. In other words, lots of people are going to want to impute great significance to this declaration. There’s just one little problem.

Russell Means is a legendary activist. That’s a given. That’s also why many people seem to think this means more than it does. What they should be asking themselves is this: whom does Russell Means represent? By what authority are he and his fellow activists declaring independence. Because this is where we get back to reality.

I made a comment in “We Will Never Sell (Our Sacred Black Hills),”
and I want to share it with everyone.

When I listened to the radio show on Native American Calling that discussed “Bury My Heart At Wounded Knee” before it was on HBO, a question was asked, “Are they ready to hear the truth about Native American History?”

My first thought was & is yes.

Your comments and all the others here are just proof that that is in fact so.

Thankyou from the bottom of my heart.

Here is the radio show I was referring to, that was on Native American Calling.