In August I will have been posting on my personal blog, The Dream Antilles, for five years.  That’s about 640 posts. Because of a host of unreliable hit counters, I don’t have an exact number of how many people have visited my blog.  I estimate that the number of hits is something between 50,000 and 100,000, but I can’t really prove it.  Maybe I’m exaggerating. Maybe not. Who knows?

This Blogiversary has to be some kind of an achievement:

“Douglas Quenqua reports in the NY Times that according to a 2008 survey only 7.4 million out of the 133 million blogs the company tracks had been updated in the past 120 days meaning that “95 percent of blogs being essentially abandoned, left to lie fallow on the Web, where they become public remnants of a dream – or at least an ambition – unfulfilled.” Richard Jalichandra, chief executive of Technorati, said that at any given time there are 7 million to 10 million active blogs on the Internet, but it’s probably between 50,000 and 100,000 blogs that are generating most of the page views. “There’s a joke within the blogging community that most blogs have an audience of one.”

So we live in a world in which most individual blogs are quickly dropped. I can easily understand why. The reason has to do with the need repeatedly to create content.  It’s easy to post once.  But after that, the road is strewn with casualties and unposted rough drafts.  In fact, it requires writing regularly, which anyone will tell you, isn’t all that easy.  Writing regularly is far easier in theory than in practice.  In practice it requires something that looks and feels a lot like work, only you don’t get paid for it.

Keeping an old style, individual blog afloat with original content has to be a labor of love.  Or of obsession.  In a way an old (more than 3 years is old) personal blog resembles a treasured fountain pen or beloved portable typewriter or even a well worn pencil.  Using it becomes second nature.  For me it has become something I do, whether or not anyone is looking.  Why I would do this is a harder question by far.  It has something to do with writing and having things I want to say about topics that interest me.  In some ways it’s like those other pursuits one embarks on just because they’re there.

And most times, nobody’s looking.  Group blogs get far more hits in a day than I get in a month.  Some blogs get as many hits in an hour as I’ve had in 5 years.  None of that really seems to matter.  I go on and on and on.  I continue to have things I want to say, so I say them.  If people read it, that’s great.  If they don’t, I’ll just continue to write and to hope that some fine day readers will discover my blog and get lost in it for an hour or two and that they’ll enjoy the way it makes time disappear.  After all, that’s what it’s there for.

Which brings me back to this Fifth Blogiversary.  I have no idea how to celebrate this milestone.  But I suspect that you, dear readers, might have ideas. Any suggestions you have are appreciated.

cross-posted, of course, from The Dream Antilles 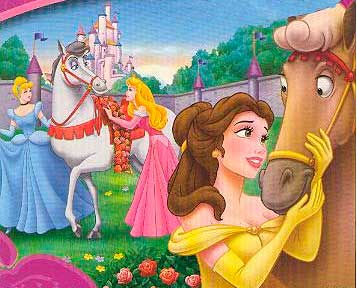