I have 3 articles for your perusal this morning!

First, poor poor ALEC, but they probably should’ve thought it through:

ALEC Doesn’t Want To Be Known As A ‘Climate Denier’ Organization Anymore, And It’s Willing To Sue

The American Legislative Exchange Council (ALEC), the secretive organization that brings together conservative politicians and major corporate interests, is out to correct the impression that it’s a “climate denier” organization by threatening to sue groups that refer to it as one. But after a string of abandoned sponsors, the expansive free-market group’s threat to sue Common Cause and the League of Conservation Voters appears to be more motivated by containing its public relations spiral, rather than reshaping its anti-climate and anti-clean energy agenda.

As the Washington Post reports, in recent weeks attorneys for ALEC sent letters to the two organizations asking them to immediately “cease making false statements” and “remove all false or misleading material” suggesting that ALEC does not believe that “human activity has and will continue to alter the atmosphere of the planet.”

The Canary In The Coal Mine: Climate Change in Time Lapse Photography

Photographer James Balog shares new image sequences from the Extreme Ice Survey, a network of time-lapse cameras recording glaciers receding at an alarming rate, some of the most vivid evidence yet of climate change. (Recorded at TEDGlobal 2009, July 2009 in Oxford, England. Duration: 19:22)

Meltdown – The demise of America’s glaciers

America’s three “benchmark” glaciers are melting and over the past two decades they have been shrinking at an accelerated rate because of global warming.

The glaciers in Alaska and Washington have undergone a “rapid and sustained” loss of mass since 1989. Scientists at the U.S. Geologic Survey think this “decline could be the result of recent climate changes” overcoming seasonal fluctuations that impact the glaciers’ size.

These findings, “Fifty-Year Record of Glacier Change Reveals Shifting Climate in the Pacific Northwest and Alaska, USA“, were released in a report by the USGS on Thursday.

The southern-most glacier in the study, South Cascade Glacier in the Cascade Mountains of Washington, has lost almost half of its volume and a quarter of its mass since the USGS began collecting data in 1957.

This picture sequence shows the retreat of the South Cascade Glacier during the 20th Century and the beginning of the 21st century. This glacier is melting at a rate that may cause it to disappear in 50 years.

From North to South, The Whole Damn World is Melting

The data just keep pouring in (quite literally,) on ice-melting around the world.

Most people have focused their attention on Arctic sea-ice melt, but the heating of the water and the air that is driving the breakup of Arctic ice shelves is also taking down all of the regions ice sheets as well. Similarly, increased melt rates have been noted in Greenland and Antarctica, while mountain glaciers are also losing mass at unprecedented rates.  See chart below:

There can be no doubt that we are now past the tipping point for ice melt worldwide. 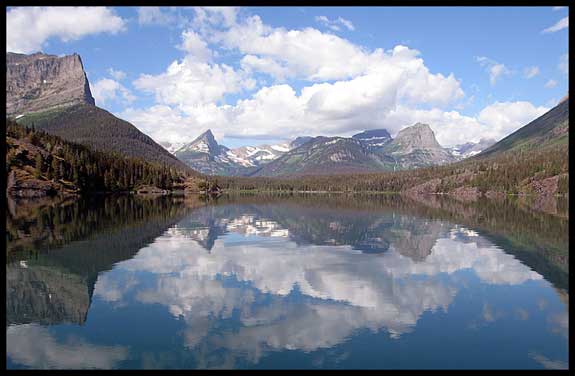 Mountains are the “water towers of the world”. More than half of the world’s fresh water comes from mountain runoff and a large percentage of that runoff is glacial meltwater. The mountain headwaters of Glacier National Park (GNP) drain into the Gulf of Mexico, the Pacific Ocean, and Hudson Bay watersheds so it is an important source of water for the North American continent.