The AFL-CIO, the nation’s largest labor federation, amended its constitution on Monday by adding a provision banning discrimination based on gender identity or expression.  The AFL-CIO delegates have been at their annual convention in Los Angeles.

The labor movement has long been a leader on full inclusion in the workplace.  This important addition to the governing document of the largest federation of labor unions is a historic and important step forward to ensuring that every American has an equal shot at employment and equal benefits.

HRC and NCTE are part of Americans for Workplace Opportunity, which is a national coalition pressing Congress to pass the Employment Non-Discrimination Act (ENDA), which would protect LGBT workers from bias in employment. 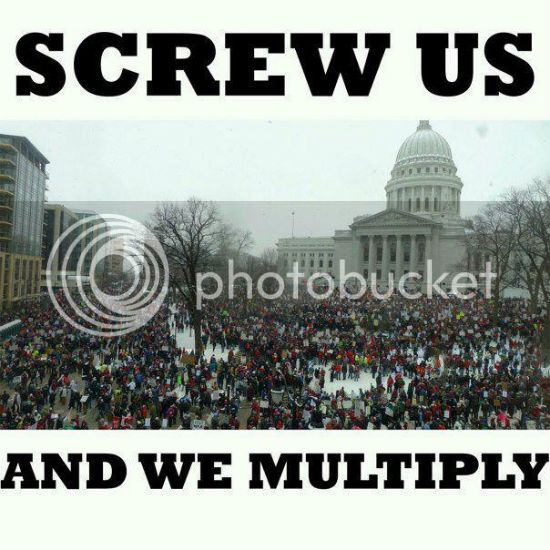 AFL-CIO President Gets Tough With Democrats

Recently AFL-CIO President Richard Trumka laid in on the line to the White House and the Democrats, you don’t support us, we won’t support you. “In the past we’ve spent a significant amount of resources on candidates and party structures, and the day after election, workers were no stronger then they were the day before,” Trumka said, during a sit down at his Washington D.C. office slightly more than a week ago.

The failure to pass Employee Free Choice Act and the public health insurance option and the renewal of the Bush tax cuts and the consistent push for free trade deals have made Mr. Trumka cranky. In light of the events in Wisconsin, he has taken a harder stand and in recent interviews has politely let his frustrations show.  This is some of what he said in an interview with Huffington Post where he also spoke out on Social Security and Medicare:

“What we are now focused on is doing a couple of things differently,” Trumka said. “In the past, we would build our structure six to eight months before the election,” he added. “Now we’re not going to do that. We’re going to focus our resources on building a structure that has total fidelity towards America’s working people, both union and non-union working people. We’ll do it 12 months a year, so they’ll be able to transition from electoral politics, to advocacy, to accountability with no effort. And it will continue to build greater strength for workers after the election and in between elections.”

“How do you tell someone like my dad, who retired the day he was 62, that he has to work to 67? It would have been a death sentence for him,” said Trumka. “He couldn’t have worked to 67 — he was completely disabled of black lung. So what do you tell then? You tell them that they ought to be able to retire at a lower range.”

“I think the President made a strategic mistake when he abandoned talking about the jobs crisis and job creation and focused completely on the politically manufactured debt crisis,” he said when asked for a review of the administration’s economic record. “You have one very obvious way to make a dent in the deficit crisis, which is to get people back to work.”

“But you don’t have anyone actually talking about jobs,” Trumka said. “And when you bring it up to people at 1600 Pennsylvania Avenue, their almost universal response is we have a Congress that won’t do it. So what do you do? You do what leaders do, you lead.”

Another labor official spoke about plans to engage more on the local level:

“One of the most important aspects of the labor movement, which is different then for other entities, is that we have an enormous network of local community workers who are responsible for talking to people after their election,” one top union official said. “The experience of the last six years should teach progressives a great deal about the difference between elected people who say the right thing in their candidate questionnaires and the people who are there voting for workers, voting for jobs and advocating our positions.”

“There was a perception in the progressive community in January 2009 that things had gotten pretty good,” the official, who requested anonymity, added. “But we didn’t have an infrastructure in place to say we need a bigger stimulus, or we need to be concerned about jobs or we need to have a different national agenda.”

So what has President Obama done since he was elected? He has met with and capitulated to the demands of Republicans, banks, Wall St. and corporations. I sincerely doubt that Obama will have anything that will be any different to say on Thursday than this mediocre responses of the past.

AFL-CIO President Lays It On The Line

The president of the AFL-CIO, Richard Trumka, gave an hour long speech before the National Press Club that sent a message the Democratic Party that if candidates for office want union members votes and money, they had better start standing up for labor and mean it:

“It doesn’t matter if candidates and parties are controlling the wrecking ball or simply standing aside to let it happen,” Trumka said. “The outcome is the same either way. If leaders aren’t blocking the wrecking ball and advancing working families’ interests, then working people will not support them.”

The AFL-CIO’s executive council is considering a plan that could spend less on congressional races and more on fighting state battles like those in Wisconsin and Ohio, where lawmakers want to weaken collective bargaining rights and reduce union clout.

But Trumka made clear the federation had no plan to follow the lead of the nation’s largest firefighters union, which announced last month that it would halt all political donations to members of Congress because they are not fighting hard enough for union rights. The move has won praise in many corners of the labor movement, where union activists have openly grumbled about House and Senate Democrats being too quiet while unions are getting pummeled in dozens of states.

“We’ve spent money where we have friends and we will continue to do that,” he said.

Leon Fink, a labor historian at the University of Illinois at Chicago, said unions are tired of being taken for granted and discouraged that their influence with moderate and conservative Democrats has been limited.

“Spending a lot of money electing conservative Democrats in marginal districts had no legislative payoff for unions,” Fink said. “They don’t seem to have the capacity to impose their will on the party.”

Mr. Trumka did not mention President Obama but was incensed about the tax deal the White House cut with Senate Republicans last year and curtly reminded the Democrats that aren’t assured of union support: “Remember Blanch Lincoln”. Ouch